Get fresh music recommendations delivered to your inbox every Friday.
We've updated our Terms of Use. You can review the changes here.

by Radio Repertory Company of America 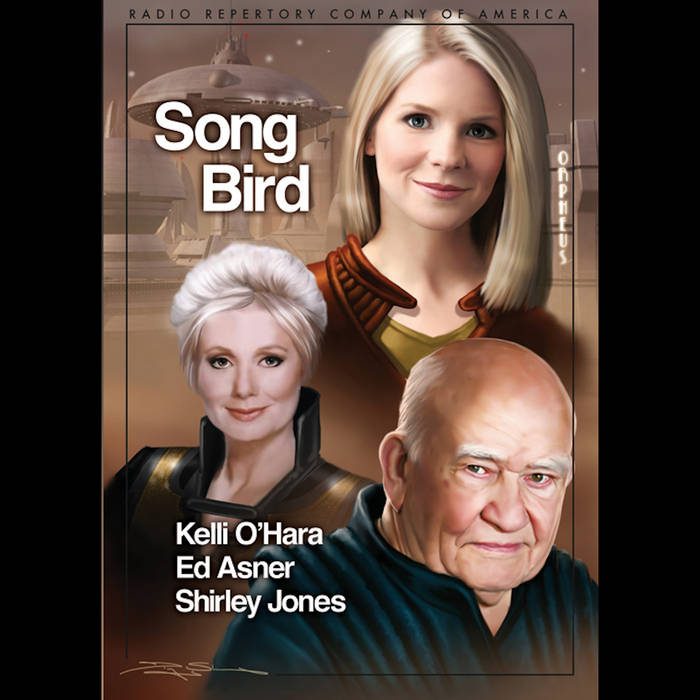 Length 1 hour, 36 min.
Maureen Barnett (Three time Tony nominee Kelli O'Hara) was once a singer renowned the world over. Now though, things couldn't get much worse. She's stuck performing in dives, her daughter hates her, and she’s recovering from a severe nervous breakdown that leaves her petrified in front of large crowds. Prospects couldn’t look bleaker, when in walks Amelia Storm (Academy Award winner Shirley Jones), an aging chanteuse, offering Maureen the ability to see into the future. Maureen reluctantly accepts and finds herself haunted by visions of something dreadful happening to her daughter Holly, who is soon abducted and held for ransom.
Enlisting the aid of a freshly retired policeman turned private eye named Henry Powell (Emmy winner Ed Asner), Maureen goes on a dangerous journey to get her daughter - and her confidence - back at all costs.
From its atmospheric opening to its shocking conclusion, RRCA’s Songbird is a sharp comic mystery filled with laughs, romance, two-fisted action, and winning performances from Shirley Jones, Ed Asner and Kelli O’Hara.

Formed in 1995, Radio Repertory Company of America is an audio production company committed to the creation of original works made directly for audio.

RRCA uses large casts with modern "movie like" music & sound effects to bring you whole new worlds of adventure on the biggest screen of all -- your imagination. ... more

Bandcamp Daily  your guide to the world of Bandcamp